A Burst of Energy in Bangladesh 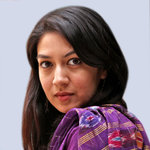 In Dhaka, we are used to the phenomenon called load-shedding. It’s when you’re sitting under the ceiling fan on a particularly hot day, the soles of your feet burning, hoping the evening will bring rain, or at the very least, a slight breeze … and suddenly the world goes quiet, the lights go out, and the fan’s revolutions slow, then stop.

We look at our watches. Load-shedding, we say to one another, hoping that this instance of it will follow the usual pattern, and that the electricity will come on in exactly an hour. Any longer and we worry the food in the fridge will spoil, or that we’ll miss the end of the -India cricket match on television.

But this year, despite a scorching spring, the hum of electricity has remained constant in Dhaka. There has been no load-shedding. The Eid meat is safe in the freezer. People watched the entire cricket World Cup without a hitch. So what has changed?

Power, of course. This government has done a heroic job of increasing the power output to match demand in a country where industrial and household consumption is running at breakneck speed.

Bangladesh this year — that’s an increase of 800 megawatts from last year, and a stunning 4,800 megawatts more than was produced in 2009, the year after the current government was voted in. Our homes, at least in the capital city, enjoy uninterrupted power.

Interactive Feature | Sign Up for the Opinion Today Newsletter Every weekday, get thought-provoking commentary from Op-Ed columnists, The Times editorial board and contributing writers from around the world.

And the government’s ambitions are sky-high. In 2012, according to World Bank figures, roughly 40 percent of the population was still without electricity. The Energy Ministry claims that, over the next decade, all those households will be connected to the national grid, and by 2022, a series of new power plants the country’s capacity.

How will we find the resources for such aspirations?

Bangladesh depends on natural gas for much of its energy needs. But with domestic reserves being rapidly , and energy demand rising, other solutions must be found.

When this government came to power, it building at least 24 new coal-fired power plants throughout the country with a combination of private and public initiatives. However, by the start of this year, few of these plants had made much progress. Of the planned sites, only a handful as intended; in more than a dozen cases, construction has either or has failed to begin at all.

Political opposition to the projects is also growing. Last month, the prospect of coal-fired plants in Rampal and Banshkhali, in southern Bangladesh, . On April 4, four people protesting the Banshkhali plant . The activists, mainly local salt harvesters and shrimp farmers, were demonstrating against the plant’s threat to their livelihoods and the takeover of their land.

The Banshkhali plant, a joint venture between Bangladeshi and Chinese companies, has begun construction without securing site permits or carrying out an environmental impact assessment. Yet when faced with public agitation, the authorities have sided with the plant’s owners, accusing protesters of being “strange” and ignorant, and citing the government’s commitment to supplying the power-hungry nation as paramount.

In the meantime, the Rampal plant, which is within 10 miles of the ecologically sensitive Sundarbans mangrove forest and will use its narrow waterways to import coal from neighboring India, has been on environmentalists’ radar since it broke ground several years ago. The original joint venture with the Norwegian government because of environmental concerns; the plant now under construction is in part by a state-run power company from India.

Although the government has repeatedly assured the public that new technology means the coal plants will not harm the environment, a coal-laden ship in the Sundarbans, the third such incident in two years — leading campaigners to question the wisdom of building a coal-fired power plant so close to one of the country’s most precious natural habitats.

Last week, Bangladesh was among the 175 countries that the Paris climate agreement, and while it continues to have one of the lowest per capita rates of emissions, building coal-fired power plants will send the wrong message to the rest of the world. With India and China both under fire for their profligate use of coal, Bangladesh has an opportunity to act as one of the region’s more forward-thinking nations on energy planning.

Nuclear power has been proposed as an alternative source for Bangladesh’s energy needs, but the Ruppur power plant, a joint venture with Russia, has since the agreement . Undertaken with only the most cursory public consultation, the project will be hugely costly to start with, and is very likely to run over budget. There are also serious concerns as to whether Bangladesh can meet the stringent safety requirements for a nuclear plant.

In the meantime, a small solar-powered revolution is happening quietly in the background. Last year, the government announced that it the world’s “first solar nation.” In partnership with the World Bank, it has fitted 15 million households with , and plans to set up six million more by 2017. The program is extremely popular: High demand it the fastest-growing domestic solar-power project anywhere, with 40,000 to 50,000 new installations every month.

Solar still only a fraction (about 200 megawatts) of the total power supply. But the impact on rural households is profound, with ripple effects from education to agriculture and health care. Solar panels installed on houses mean not only a zero-emissions solution for rural electrification, but also homesteads no longer relying on the national grid for their domestic needs. A solar-powered home will never suffer from load-shedding.

Solar power, in its current form, cannot be the universal answer to Bangladesh’s growing energy needs, but the program is an example of a renewable, environmentally sensitive project that has clear popular consent. There’s a lesson in that for the government: Instead of riding roughshod over its citizens, refusing consultation and shooting down protesters, the authorities have to include the public in their planning decisions for the country’s future energy needs.