United States stocks slipped in quiet trading on Monday as energy company shares dropped with the price of .

Company earnings remain weak, and Xerox and the drug maker Perrigo tumbled after reporting disappointing results and cutting their forecasts for the year.

Stocks looked headed for big losses in the morning as the Dow Jones industrial average dropped as much as 148 points. The market recovered most of the losses over the last hours of trading.

Investors traded less than usual as they looked through a weak group of company earnings and prepared for the Federal Reserve meeting, which will conclude on Wednesday. 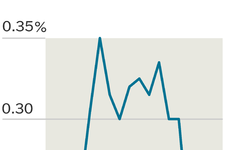 Xerox cut its earnings estimate for the year after its first-quarter profit plunged 85 percent. The company’s revenue fell, and costs went up as it gets ready to split into two businesses. The stock shed $1.49, or 13.3 percent, to $9.68.

The Irish drug maker Perrigo skidded after it cut its profit forecast. The company said prices for over-the-counter products in Europe were down, and it might take an impairment charge for a business it bought just a year ago. And the company’s chairman and chief, Joseph C. Papa, to join Valeant Pharmaceuticals. The stock lost $21.95, or 18.1 percent, to $99.40.

Investors kept their powder dry as they waited to see what central banks in the United States and Japan would do.

The Fed will meet Tuesday and Wednesday, and while investors do not think it will raise interest rates this month, they will review the Fed’s comments about the state of the American and global economies. Bank of Japan officials will meet later in the week and could take new actions to stimulate the Japanese economy.

Industrial and materials companies fell. The railroad company Union Pacific gave up $2.02, or 2.3 percent, to $87.61, and the mining and construction equipment maker Caterpillar declined $1.53, or 2 percent, to $76.79. 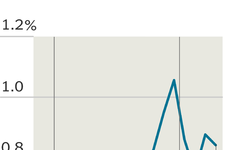 The government of Saudi Arabia said a small portion of its state oil company, the world’s largest, will go public. Saudi Aramco has long been considered the most valuable company in the world, and the kingdom has valued it at more than $2 trillion. Apple, the most valuable publicly traded company, has a market capitalization of about $583 billion.