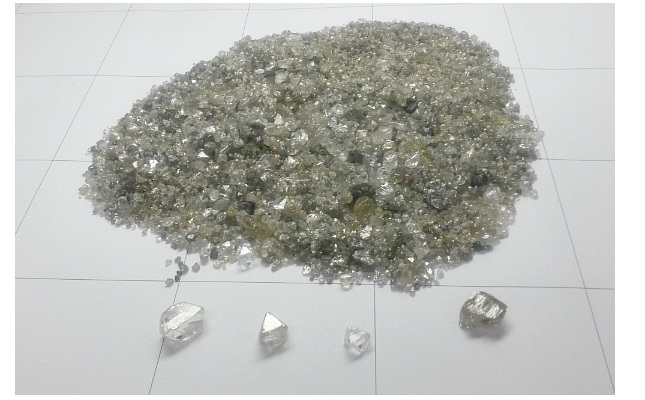 The Antwerp sale is scheduled to commence at the end of this month, but the parcel was sold in South Africa, as the company’s reserve prices were exceeded during the export process.

It is currently expected that two further tenders will take place before regular monthly sales commence at the end of September and the company remains on track to produce more than 75,000 carats of diamonds from kimberlite in 2016.

“Pleasingly, the latest selling price is the highest achieved to date for run of mine Lace kimberlite diamonds and underlines the conservative nature of the $164/carat base case in the Company’s resource statement and financial models,” said DiamondCorp chief executive Paul Loudon.

“The higher price is a reflection both of the increase in the plant bottom screen size from 1.00 mm to 1.25 mm and the recovery of a higher than forecast frequency of diamonds greater than 4 carats in size.”

DiamondCorp also announced that high breakdown and repair costs on their existing fleet of vehicles, means that cash flow remains tight until full production has been achieved.