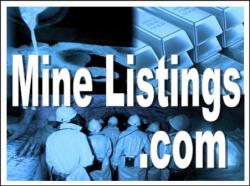 Royston District – Nye County, Nevada
You can drive in and around some of the trenches on the claim.
Easy 2WD dirt road to the claim in dry conditions
Contact us for exact coordinates.

The Blue Gem Mine has also been known as the Easter Blue Mine. The mine is located in the heart of the Royston Mining District which is known for its production of highly valued turquoise. In recent times, due to recession and other internal issues, the unpatented properties around the Royston Mines have lapsed. Gold Rush Expeditions, Inc. has identified the more promising and valuable properties in the area. The Blue Gem Mine, aka the Easter Blue Mine, has been worked primarily for the valuable deep blue colors of turquoise. This grade of turquoise has been delivered to Tiffany and other fine gem retailers.

Today the Blue Gem Mine is a series of prospects and open trench cuts working on a general trend in the Royston District. There are remains of a shaft at a high point on the claim. This is likely where the intersection of the turquoise was defined. There is also significant pyrite and some minimal gold present in the western-most workings on the claim. Trench work was likely done in the 1970s-1980s, it is well worn and shows no recent excavation.

Lee Hand originally owned the major mines in the district prior to 1944. These original turquoise properties of Mr. Hand were: The Bunker Hill, The Easter Blue, Oscar Wehrend, and The Royal Blue. In or around 1944, the Otteson Family came into the picture, leasing the turquoise mines from Mr. Hand. The Otteson family has worked these deposits on and off over the past 70 years. In recent history, due to various market variables, the Otteson Family, holder of the major producing turquoise mines were forced to reduce their workings to only a single site. As of 2015, even the last of the workings have been abandoned. It's only in the past few years that any of these properties became available.

Our survey team reported some blue color indicating copper, this in addition to pyrites and some minimal gold. A long trench has been dozer cut and works along a long bed of host rock. This greenish rock may be the source of the turquoise deposits.

There is excellent road access to the claim and a high clearance 2WD will have no issues in dry conditions. Ample parking exists and some concrete footings are still in place near what is assumed to be an old garage or house.

The Royston hills are underlain by metavolcanic rocks (greenstone) and metachert assigned to the Permian Pablo Formation (Kleinhampl and Ziony, 1984). At Royston, the Pablo Formation is locally bleached and exhibits a well-developed fracture cleavage. A minor outcrop of granitic rock is located in the main part of the district. Tertiary volcanic rocks, consisting of welded ash-flow tuffs and basalt overlie the older rocks.[1]

Turquoise occurs as thin veinlets along altered shear zones In a fine-grained, white quartzite. About half a mile north of the mine, there Is a tungsten prospect at the contact between limestone and quartz monzonite.

Development work on the property consists of a glory hole above a haulage adit, and numerous small cuts.

The deposit was discovered in 1907 by Lew Cirac who sold it to Lee Hand in 1915. Hand in turn leased the property to W. R. Gilbert during World War I, and Gilbert produced about 100 pounds of fine turquoise from the surface. Later, Hand sold the mine to A. L. Stephenson of Durango, Colo., who then sold it to Paul Kley of Denver. Kley set to work to develop the mine and produced at the rate of 300 pounds of turquoise a month for nearly four years. The mine was worked steadily until 1930 when the deposit showed signs of dwindling. Ted Johnson leased the mine in 1932 and took out about 700 pounds of good turquoise. Kley sold the mine to Doc Wilson, who operated the property for a while but allowed his assessment to lapse. Hand relocated the mine and later sold it to Peter King, of Manassa, Colo., who last owned and operated the mine as the "Easter Blue" mine.[1]

Tailings Present: 50,000 + tons, Mostly waste rock. Some iron, quartz, and galena.
Entrance: Deep trench and pit workings you can walk into
Mine Cut: Trench and Pit
Foot Traffic in the Mine: None
Last Worked 1970