Oregon Patented Gold Mine for Sale

Marshall Mine – Dorothea Mine

Patented lode mine and BLM lode claim. The historic, patented Marshall Mine / Dorothea Mine (20 acres), and the Frandor Claim (approx. 20 acres), are ready for development or additional exploration. Once renowned for its production and the consistent presence of free gold in its quartz vein systems, recent exploration and assays of surface vein structures confirm a significant amount of easy to mine gold ore on this property. A 1974 Geologist report indicates 100,000 tons of ore on just a small portion of the patented property. A 5 foot wide vein assays 0.374 to 0.402 ounces of gold per ton, per our 2009 exploration and assayed chip samples.


Located in Section 22, Township 33 South, Range 5 West of the Willamette Meridian, in the Greenback Mining District, Josephine County, Oregon, USA, approximately 8 miles off I-5 near the city of Wolf Creek, OR. The property is approximately 2300 feet above sea level.


Historic lode mining property with records dating back to 1916 and described as a heavy producer with a consistent presence of Free Gold in the quartz veins. Largely inactive since the 1930's, exploration was reactivated in 1974 and continued into the early 1980's. Exploration was resumed by the current owners. Trenching and surface chip sampling activity in 2009 confirmed the 1974 assay results and further delineated the surface vein structure. The veins are open at depth and along strike. Details are available at our website.


Gold and Silver mineralization present in a shear zone striking East-West and dipping 30 to 80 degrees North. The mineralized shear zone is 15 feet wide. The gold-bearing shear consists of iron-stained sheared serpentine with quartz lenses and stringers. The sheared serpentine predominates but appears to as much or more gold than the massive quartz lenses. The mineralized gold-bearing shear zone contacts with and has been cut by a series of gabbro dikes, related in composition and texture to the main gabbro body. The hanging-wall and foot-wall veins border the dikes. As most of the gold values are in the free state, the milling of the ore should be simple and inexpensive.


The May 1916 Issue Number 1, Volume 2 of The Mineral Resources of Oregon records a transaction related the Marshall Mine and its renaming as the Dorothea Mine following the sale of this property. Local Name: Marshall Mine, in a sales transaction from the Glendale Mining and Milling Company, This mine was recently sold to Mrs. J. F. Reddy, of Grants Pass, and now goes by the name of Dorothea Mine. This historic record on page 87 further describes: DOROTHEA MINE GREEN BACK DISTRICT JOSEPHINE COUNTY Dorothea (Marshall) mine is owned by Mrs. J. F. Reddy who purchased it from Glendale Mining & Milling Co. The Marshall mine is located on the north side of Coyote creek near the N. W. corner of section 22, T. 33 S., R. 5 W., 5 miles east of the Pacific Highway, the nearest railway station being Leland. It has been opened by several adits and a shaft. A crosscut adit about 500 feet long is wholly in serpentine. A shaft about 100 feet deep exposes a good looking white quartz vein between a serpentine hanging wall and a greenstone footwall striking E. and W. and dipping steeply to the N. A shearing movement has taken place since the vein was formed, approximately in the plane of the vein and involving portions of it in the crushed zone. On the footwall the better part of the vein is found which varies from 1 to 4 feet in width. An adit cuts the vein at about 150 feet in depth and from this level considerable stoping has been done. The mill has 5 stamps and a Fairbanks-Morse standard concentrating table driven with steam power. The mill site referenced in the section above and an adit are on BLM property south of the Marshall Mineral Lot property line. The mill site is currently a relic and ruin, with few traces of the mill even present. The referenced adit is narrow, varies in width from 3-5 feet, and is blocked by a cave in at the face of the crosscut 331 feet from the portal, per the 1974 geologist report. Our physical inspection has determined this cave in still resides in place. While we do not have a copy, supposed reference is made to the Marshall/Dorothea in THE MINING JOURNAL for JANUARY 30, 1931: The Dorothea Gold Mine, five miles from Leland, Oregon, owned by Mrs. J. F. Reddy, of Medford, is being reopened after a long idleness, by Medford finances. It was formerly known as the Marshall Mine, when owned and operated by the Glendale Mining and Milling Company, and was a heavy producer. Considerable ore has been blocked out in a four-foot vein. The mine is equipped with a five-stamp mill, plates, and concentrators, formerly operated by steam. The new equipment will consist of flotation, and Diesel engines. Fast forward now 8 years, the next reference to the history of the Marshall/Dorothea is in the April 1939 issue of the Oregon Mining Review. If verifiable actions or activity in or related to the mine occurred between 1916 and 1939, we have found no records. The 1939 documents states: The Dorothea Mine, a large lode gold property located on Coyote Creek in Josephine County, Oregon, has been taken over by P.B. Wickham, a prominent mine owner and operator of Ashland, Oregon. And: This property comprises 100 acres of patented mining lands covering perhaps the largest tonnage of strictly gold bearing commercial ore now known in Southwestern Oregon, and unique in the district by being uniformly of moderate average value confined almost exclusively to gold. True, Mr. Wickham was a large operator at the time, but refurbishing and restarting a mining operation takes time. From the article: The mine has a milling plant which will be remodeled and increased to meet operating requirements. Other equipment will include a compressor unit and Diesel power will take the place of steam, formerly used. With other considerable operations and holdings at the time, the Marshall/Dorothea would not have been the sole focus of Mr. Wickham. The suggested upgrades in terms of plant and equipment, and time to order and commission/implement, would have been considerable. Mind you, this was 1939, and shortly, World War 2 was about to break out. We do not believe much if any mining occurred between this announcement and the outbreak of the war. Significant curtailment of non essential mining was ordered at this time. From The ORE.-BIN, September 1943, page 59: In order to conserve manpower and critical materials, gold mines (non-essential) were closed in October, 1942, according to War Powers Board Limitation Order L-208. Sometime during the war years, the Dorothea Mine fell into tax arrears and became Josephine County owned property. A March 31, 1943 report by the State Department of Geology and Mineral Industries states: No recent work has been done on the property. The present owner expects to rehabilitate the mill and do some mining and development work in a small way. In early 1945 the property was sold to Mr. Ralph R. Wilde of Grants Pass, OR for back taxes. Even the 1952 texts included in the Oregon Metal Mines Handbook often cite reports dating back to 1939. A copy of the Ore.-Bin from December 1976 reports minimal post war production from Oregonian gold mines, with just 12,000 ounces having been produced in the 1943-1961 period (pg 17). This production was across the whole of the state. Scans of historic reports in regard to the Marshall/Dorothea from the State Department of Geology and Mineral Industries are available at our website. 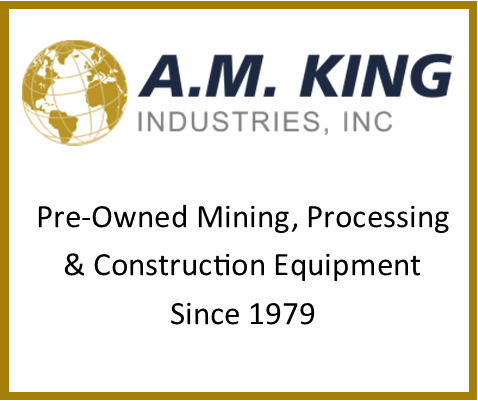