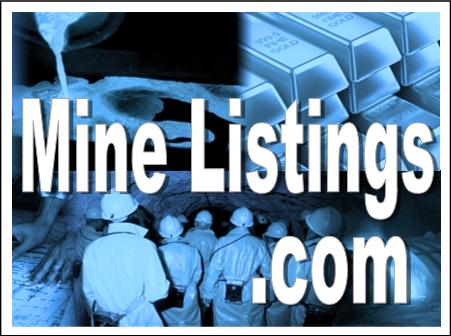 The deposit consists of at least 6 massive sulfide lenses in a 200 foot thick layer of mafic and intermediate schist that grades laterally into felsic schist. A resource estimate was defined at the Khayyam mine in 1944 is comprises of indicated and inferred resources totalling 85,000 tons of volcanogenic massive sulphide (VMS) ore that contains an average 2.94% copper, 0.79% zinc, 1.3 g/t gold, 17 g/t silver, and 39.7% sulfur. No calculation of the resources was made for the Stumble-On mine – the orebody remains in-situ today. It is to be noted that the mineral resource estimate is not compliant to JORC Code or National Instruments NI 43-101 standards for reporting mineral resources and reserves.

The Khayyam mine has 8 adits with a total of about 548 m (1,800 feet) of underground workings, and numerous pits, trenches, and open cuts – some of these adits are accessible today.

The Sunny VMS project is situated on the Prince of Wales Island in the Ketchikan Mining District, Southeastern Alaska Region, wholly within the Craig 250k USGS Quadrangle and Craig B-2 63,360 USGS Quadrangle; Copper River Meridian, Township 076S, Range 086E. The project is located approximately 29mi (46km) to the west-southwest of Ketchikan; and 251mi (354km) to the south-southeast of Juneau, Alaska’s capital city.

The only supporting infrastructure are pre-existing mine and forest service tracks from McKenzie Inlet to the Sunny VMS Project area of the Khayyam mine site. Access is via boat, barge or helicopter. This part of Alaska can be explored and mined all year round.

The Sunny VMS Project area wholly contains both the former producing Khayyam mine and the Stumble-On deposit/mine site. The Khayyam and Stumble-On deposits of the Ketchikan mining district are two of at least seven Cu-Zn-Au-Ag volcanic-hosted massive sulfide (VMS) deposits within the late Proterozoic to Late Cambrian Wales metamorphic suite on Prince of Wales Island, Alaska. The deposits were mined for copper, gold, and silver from 1901 to 1907, during the most active period in the district which has seen only intermittent activity since 1920 (Berg and Cobb, 1967). The only such deposits that have produced significant amounts of ore, nearly all before WW I, are Ag-Au-Cu-Zn bearing volcanogenic massive sulphide deposits in pre-Ordovician felsic metavolcanic rocks at the Khayyam and Stumble-on mines (Berg, H.C., 1984) - the Khayyam mine remains the second largest copper producer in the Ketchikan district.

The first claims were staked on the deposit at the Khayyam Mine in 1898 and most of the development work took place between 1901 and 1907 (Brooks, 1902; Wright and Wright, 1908; Roppel, 1991; Maas and others, 1995). The earliest geologic investigation of the Ketchikan mining district by Brooks (1902) presented a broad geologic overview based on shoreline observations and mine site descriptions. Wright and Wright (1908) compiled a more thorough description of the regional geology and mineral production. A reasonably accurate stratigraphic column for Prince of Wales Island was completed based on extensive compilation of mining reports and reconnaissance mapping by Buddington and Chapin (1929). Fosse (1946) reported on the mine development, particularly the underground workings of the Khayyam and Stumble-On mines, and described the deposits as sulfides intruded along shear planes in altered diorite. More recent studies include regional geologic and mineral deposit descriptions (Condon, 1961; Eberlein and Churkin, 1970; Herreid et al., 1978; Eberlein et al., 1983), a preliminary description of the Klakas orogeny, a Silurian-Ordovician tectonic event that affected southern Prince of Wales Island (Gehrels et al., 1983), and a summary of the geology of southern Prince of Wales Island based on extensive field mapping, U-Pb geochronology and petro-chemistry (Gehrels and Saleeby, 1987).

Recent detailed mapping by the US Bureau of Mines (Barrie, 1984; Barrie and Kyle, 1988) indicate that the deposits at the Khayyam mine are stratiform, massive-sulfide lenses in Late Proterozoic or Cambrian metamorphic rocks of the Wales Group. The host rocks are mainly schist of volcanic origin. The main units are: felsic plagioclase-quartz-chlorite-biotite schist; intermediate (hornblende-quartz)-chlorite-plagioclase schist; and mafic (chlorite)-hornblende-plagioclase schist. The rocks consistently strike about N75W and dip steeply to the north and south. Minor amounts of garnet, sericite, stilpnomelane, and epidote are possibly related to hydrothermal alteration from a nearby Cretaceous diorite intrusion.

The deposit consists of at least 6 massive sulfide lenses in a 200 foot thick layer of mafic and intermediate schist that grades laterally into felsic schist. Individual massive-sulfide lenses are up to 22 feet thick and can be traced for up to 230 feet along strike. The lenses consist of 50-95 percent pyrite with varying amounts of chalcopyrite, sphalerite, and pyrrhotite. Gahnite occurs in the schist near the massive sulfide layers. Copper, gold, and silver are distributed irregularly through the deposit; zinc is enriched at the periphery. The deposit is associated with coarse, fragmental volcanic rocks that were at or near hydrothermal, submarine vents. The ore lenses characteristically have chloritic alteration in their footwall, and the mafic and intermediate schist is silicified near the vents. Recent detailed geochemical and isotopic work by Slack and others (2002) confirm that the deposit is of Late Proterozoic or Cambrian age. The geologic settings of the Khayyam and Stumble-On VMS deposits are similar to some of the late Proterozoic to early Paleozoic massive sulfide deposits of the Appalachian-Caledonide orogen, such as the Skorovas deposit, Norway, and the deposits of the Gossan Lead district, eastern United States.

The Khayyam mine has 8 adits with a total of about 548 m (1,800 feet) of underground workings, and numerous pits, trenches, and open cuts – some of these adits are accessible today. The Khayyam mine was serviced by aerial and surface trams, 1 mile and 2⅓ miles long respectively, to transport the ore from the mine and stockpiled in bunkers at the head of McKenzie Inlet located at tidewater approximately 2.4 km (1.5 mi) to the east-northeast of the Khayyam mine. An ore shipping terminal was developed and ore was then loaded into boats and shipments were made to the Tyee smelter at Ladysinith in British Columbia, Canada. The ore was composed principally of pyrite, with a small percentage of chalcopyrite and accompanied by pyrrhotite, sphalerite, and some magnetite.

Bureau personnel collected a 125 kg sample of massive sulfide from the Khayyam mine area (Maas, K.M., Bittenbender, P E., and Still, J.C., 1995) for metallurgical testing by the Bureau's Salt Lake City, Research Center. Initial assay of the bulk sample showed 1.3 g/t gold and 13.0 g/t silver, along with a calculated head for base metal flotation tests of 2.5% copper and 1.4% zinc. Preliminary tests showed a 99.25% recovery of copper and 91.0% recovery of zinc from a minus 150 mesh grind.

The Stumble-On prospect was originally located in 1901 situated approximately 1.5 km east of the Khayyam Mine. Developments on the property were accomplished before 1907 and include excavated open cuts on the strike of the ore body, several trenches, and two adits with about 120 m of workings. The host rocks and mineralization at the Stumble-On prospect are similar to those at the Khayyam Mine. A massive sulfide lens of pyrite with chalcopyrite, sphalerite, pyrrhotite, and magnetite is up to 2.5 m thick and extends for at least 170 m along strike. The sulfide lens is conformable with the host mafic and intermediate schists. A ground VLF electromagnetic survey, published by USBM (Barrie and Kyle, 1988), clearly indicates the Stumble-On massive sulfide lens and conductive body may extend at depth to the east of the present prospect workings and may even be thicker in that direction. Minor faults and mafic dikes, probably temporally related to the faults, crosscut the massive sulfide lens roughly perpendicular to strike.

Most recently, in 2007, The Niblack Mining Corp. staked the Khayyam mine and the Stumble-on prospect named their “Cayenne property” (Niblack Mining Corp., 2008). Niblack carried out geologic mapping, collected rock samples, and conducted a 2.5 line kilometer controlled source audio-magnetotellurics (CSAMT) geophysical survey. CSAMT is a high-resolution resistivity mapping tool effective at detecting conductive sulphide mineralization in the subsurface. Multiple strong conductors were identified at depth, some of which correlate well with known sulphide lenses near surface, while others may represent new sulphide lenses. Chip sampling across a two metre wide surface outcrop of massive sulphide yielded 9.66% zinc, 0.88% copper, 6.2 g/t silver and 0.30 g/t gold. Sampling of 0.3 to 0.5 metre boulders from the mine dump assayed up to 14.6% zinc, 15.4% copper, 109 g/t silver, and 5.72 g/t gold. The Stumble-On deposit is located 1.5km to the east and along strike from Khayyam. Potential for discovery below the existing mine workings and between the two deposits is high.

A resource estimate was defined at the Khayyam mine in 1944 and reported by USBM (Maas, K.M., Bittenbender, P E., and Still, J.C., 1995) which comprises of indicated and inferred resources totalling 85,000 tons of volcanogenic massive sulphide (VMS) ore that contains an average 2.94% copper, 0.79% zinc, 1.3 g/t gold, 17 g/t silver, and 39.7% sulfur. No calculation of the resources was made for the Stumble-On mine – the orebody remains in-situ today. It is to be noted that the mineral resource estimate is not compliant to JORC Code or National Instruments NI 43-101 standards for reporting mineral resources and reserves.

Nearby Mines and Resources