The American Flag mine is a lode (underground) mine worked for gold and opal values from 1885 to 1967. The property is located in the Turret Mining District in Chaffee County, Colorado. The property contains the entirety of the American Flag Mine, which consists of a shaft, and inclined adit and a series of small prospects.

The shaft has been gated and covered by the Colorado Division of Mines in 2003 and will require a permit to reopen. The decline has also been gated but not backfilled and could be easily accessed with a permit.

The property also contains the Ace High-Jackpot Mine which was originally located for Gold and copper in chalcopyrite ore. The Ace High consists of a collapsed decline adit and a possible shaft. The workings will need rehabilitation to be further investigated.

The American Flag Mine is noted for native gold production in some copper-bearing minerals including chrysocolla and malachite. It is reported to contain at least 3500’ of workings. These working are said to interconnect (between the shaft and the decline). This has not been verified by surveyors due to gating on the mines.

The mine is located 1.1 miles from the ghost town of Turret, Colorado but sees very little traffic due to the fact that the entrance to the road washed out many years ago and has never been repaired. The road itself is in good condition past the washout but is not discernable from the main trails. The road could be easily repaired with small machinery.

Surveyors took samples from the waste dumps at the American Flag. These are assumed low grade and returned .17 oz/T in Gold. There are no defined reserves.

Surveyors estimate 80k tons of waste dumps on the site with an average value of 1oz per ton. There is no mill or tailings. The property was abandoned in the early 1920s due to WWI and the ensuing depression. The property was never restored to its former prominence and passed hands several times until the early 1980s. When the price of gold crashed in 1983, the property was mothballed and has not been addressed in any manner since 1994.

The Ace High-Jackpot Mine has very little information about any development. It is noted as being one of the first producing gold mines in the area prior to 1880, but there are no definite production numbers to back this up. The mine today has been reclaimed as evidenced by posts in place by the Colorado Division of Mines. The dump from the mine is estimated at 15,000 tons and shows similar composition to that of the American Flag, with chalcopyrite, gold, pyrites and malachite.

The property is ideal for small mining operations (1-5 persons) who could move forward in processing of surface dump. At the measured values would provide 13,600 ounces of gold. Valued at $1250.00 per ounce, would provide roughly $17mil in gold returns with no accounting for any other deposits. Higher values will be found underground and are noted.

Assays from the waste dump averaged 0.17 OPT Gold. With 15,000 tons of waste dump, one could get 2,550 ounces of gold by just reprocessing the waste dump. . Contact Jason at Gold Rush Expeditions for more information or with questions. 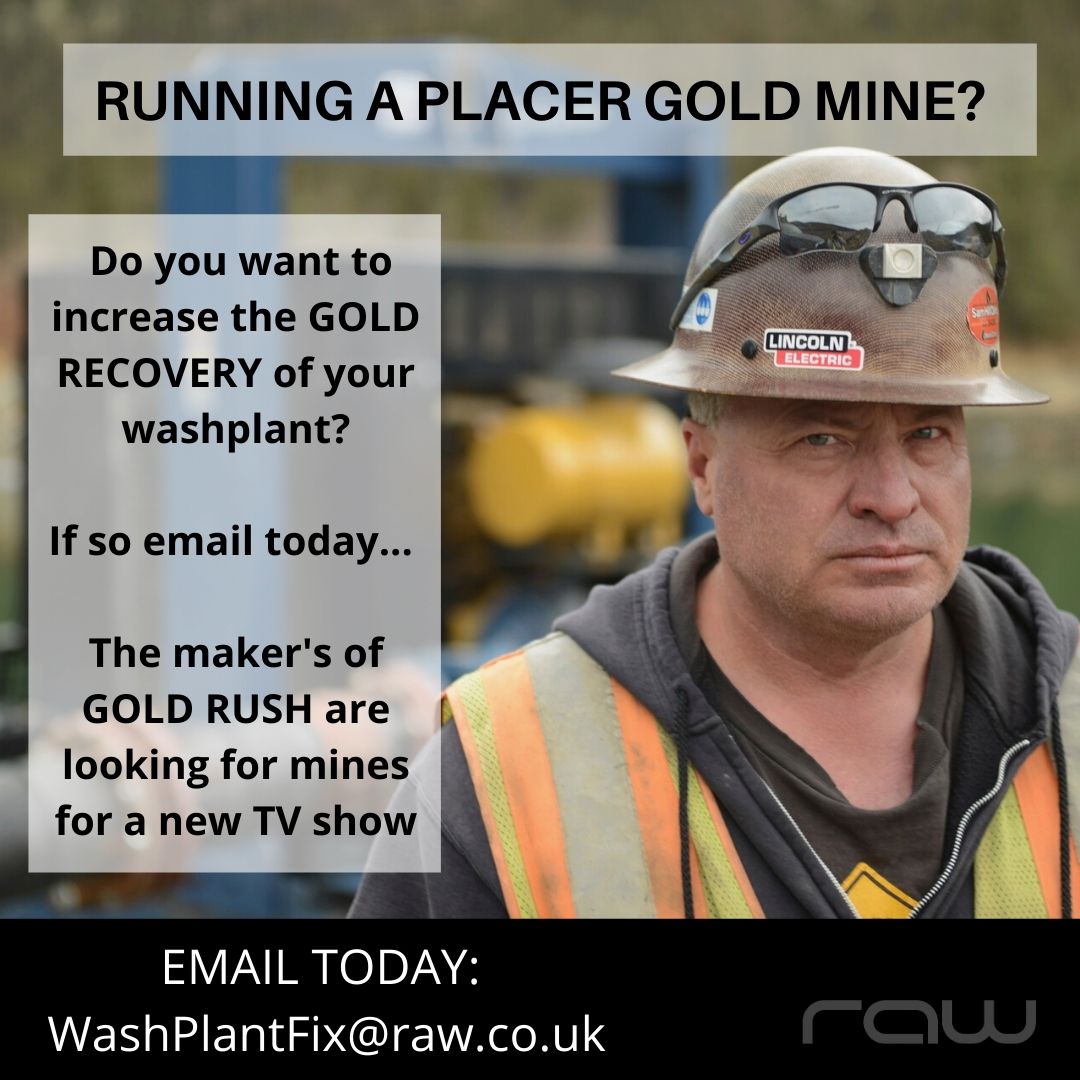